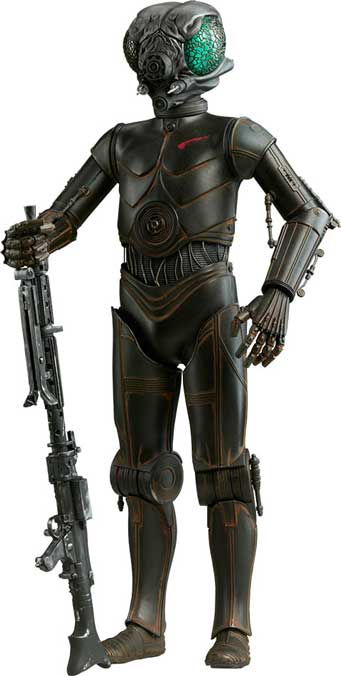 Sideshow is proud to introduce the latest Star Wars sixth scale bounty hunter – 4-LOM. As calculating as an automaton can be, 4-LOM developed a reputation for logically working his way through whatever challenges existed between himself and his target of choice. Sideshow’s take on the Industrial Automaton’s droid-gone-rogue features a detailed portrait, weathered paint application, two pairs of hands for alternate display, and 4-LOM’s weapon of choice – the BlasTech DLT-19 Heavy Blaster Rifle.