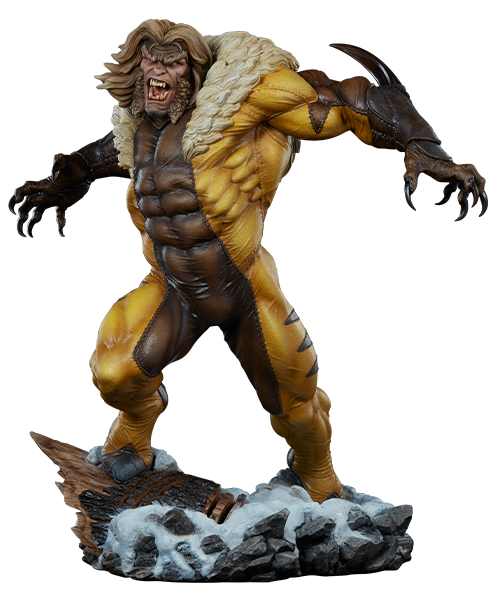 The Sabretooth Premium Format Figure measures 18 inch tall as the intimidating Victor Creed lunges into action on an icy tundra base. A bear skull and claw-slashed log are buried in the rocky snow as Sabretooth viciously strikes out against his foes.

The polyresin Sabretooth Premium Format Figure features a fully sculpted costume with detailed, realistic texturing to mimic the look of his yellow and brown bodysuit. Thick stitching separates each detailed panel of Victor Creed’s costume, which has sculpted fur trim, and his sharp claws emerge from brown gloves, each tipped with a massive elbow spike for tearing into his targets. Sabretooth’s snarling portrait has long, shaggy hair and his massive muttonchops frame oversized fangs from around his brown cowl.