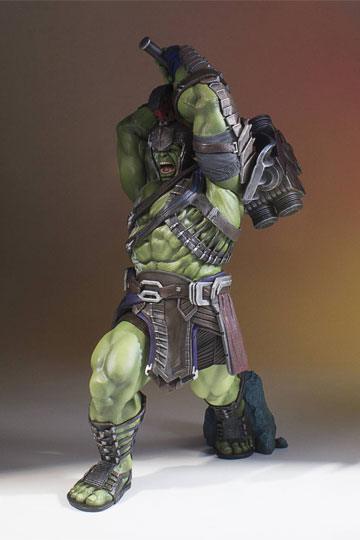 Like a raging fire, straight from his silver-screen appearance in the upcoming Thor: Ragnarok feature film, the Hulk Collector’s Gallery Statue has been digitally sculpted down the minutest detail, and hand-painted by the amazing artisans of Gentle Giant Studios. Hulk is decked out in his gladiator arena armor from the top his helmet, down to his size 32 sandals! Hulk is depicted wielding one of the biggest war-hammers you have ever seen; and you do NOT want to be on the “Hulk Smash” end of THAT!