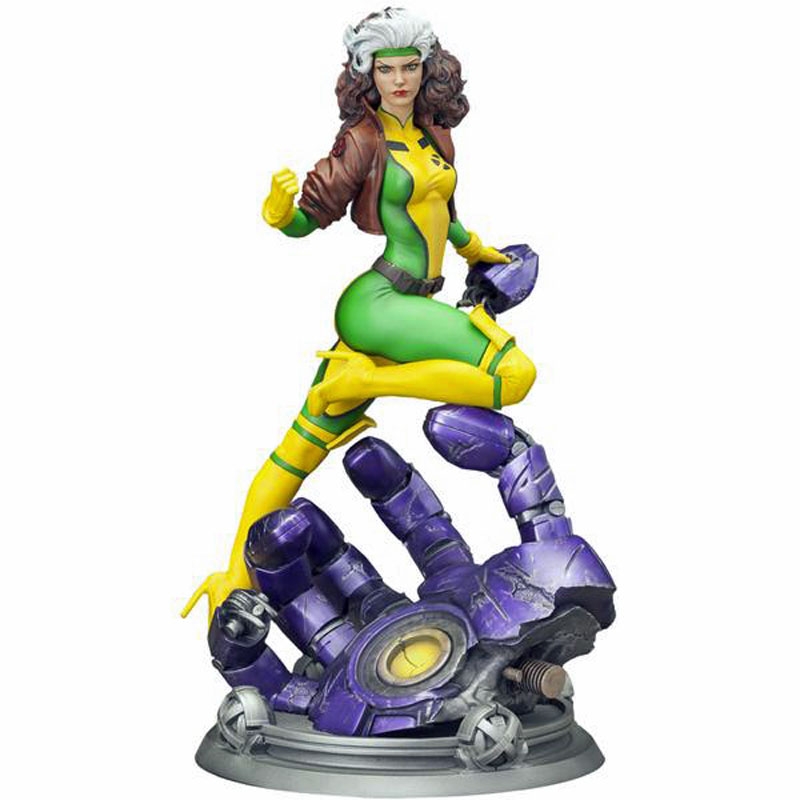 Anna Marie (Rogue) ran away from home and was taken in by Mystique and Destiny, whom she came to regard as surrogate parents. Rogue’s mutant power first manifested  when she kissed Cody Robbins. Her mind filled with his memories, and he fell into a permanent coma. Eventually realizing she could never safely live among normal people, Rogue began participating in her foster mother’s criminal endeavors and came to join Mystique’s Brotherhood of Evil Mutants. On her first mission, Rogue clashed with Ms. Marvel (Carol Danvers) and permanently absorbed the hero’s memories and powers, including super-strength and flight.Distraught over her lack of control, Rogue turned to her enemies, the X-Men.