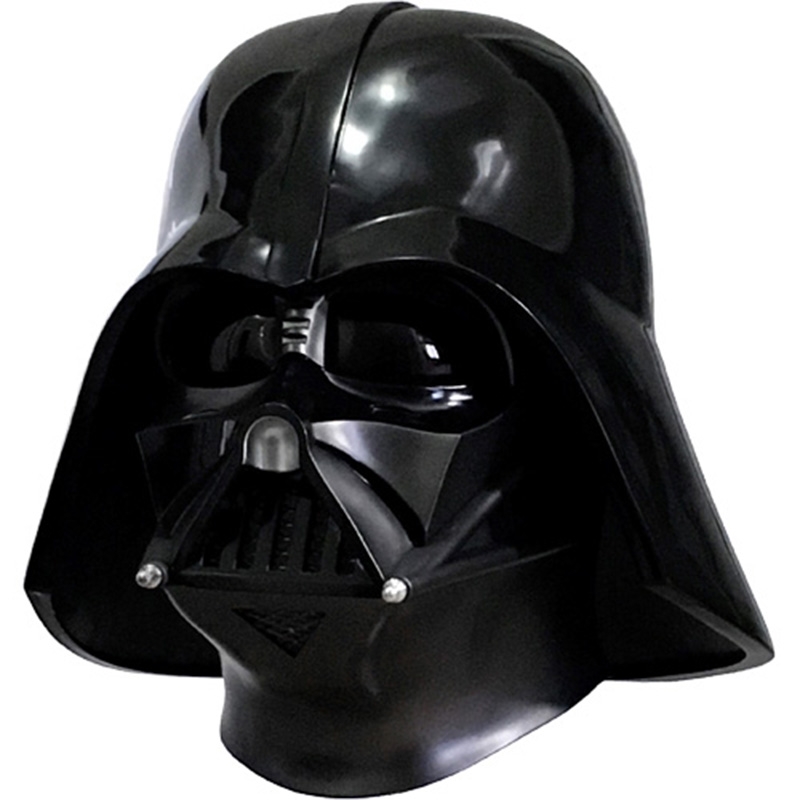 Grym Darth Vader Helmet Efx Prop Replika ! The Dark Lord of the Sith is considered by many to be the villain of an entire generation. In fact, he is listed at #3 in the American Film Institute’s top movie villains of all time. He is only preceded by Dr. Hannibal Lechter in 1991’s The Silence of the Lambs (#1), Norman Bates in Alfred Hitchcock’s classic 1960’s Psycho (#2) and listed just above the Wicked Witch of the West from 1939’s The Wizard of Oz.

The original iconic Darth Vader helmet, as seen in Star Wars Episode IV: A New Hope, was sculpted by Brian Muir based on the concept sketches by beloved illustrator Ralph McQuarrie. Even though there were 3 known castings made from the mold made from Muir’s sculpt, only 1 helmet was used in the entire filming of A New Hope. Our master pattern was cast from vintage molds in the Lucas film archives which are believed to have been made by none other than Rick Baker from the screen used Vader helmet back in 1977. What makes this a very special product is that the master pattern is not made from a digital scan, it is an actual, original casting. This means that this replica helmet will have direct lineage to the original and be as true to the actual filming prop as you can possibly get. This helmet has the asymmetric geometry that many feel capture the true evil essence of Darth Vader. The face mask will have the screen accurate two-toned black and gunmetal sprayed paint scheme. The dents and scratches that were in the original mold have been filled in or removed, giving the helmet a more pristine appearance but still remaining faithful to the original filming prop. With this officially licensed Darth Vader Helmet, you will feel the seductive power of the dark side.

This helmet will arguably be the most important piece of any Star Wars collection.